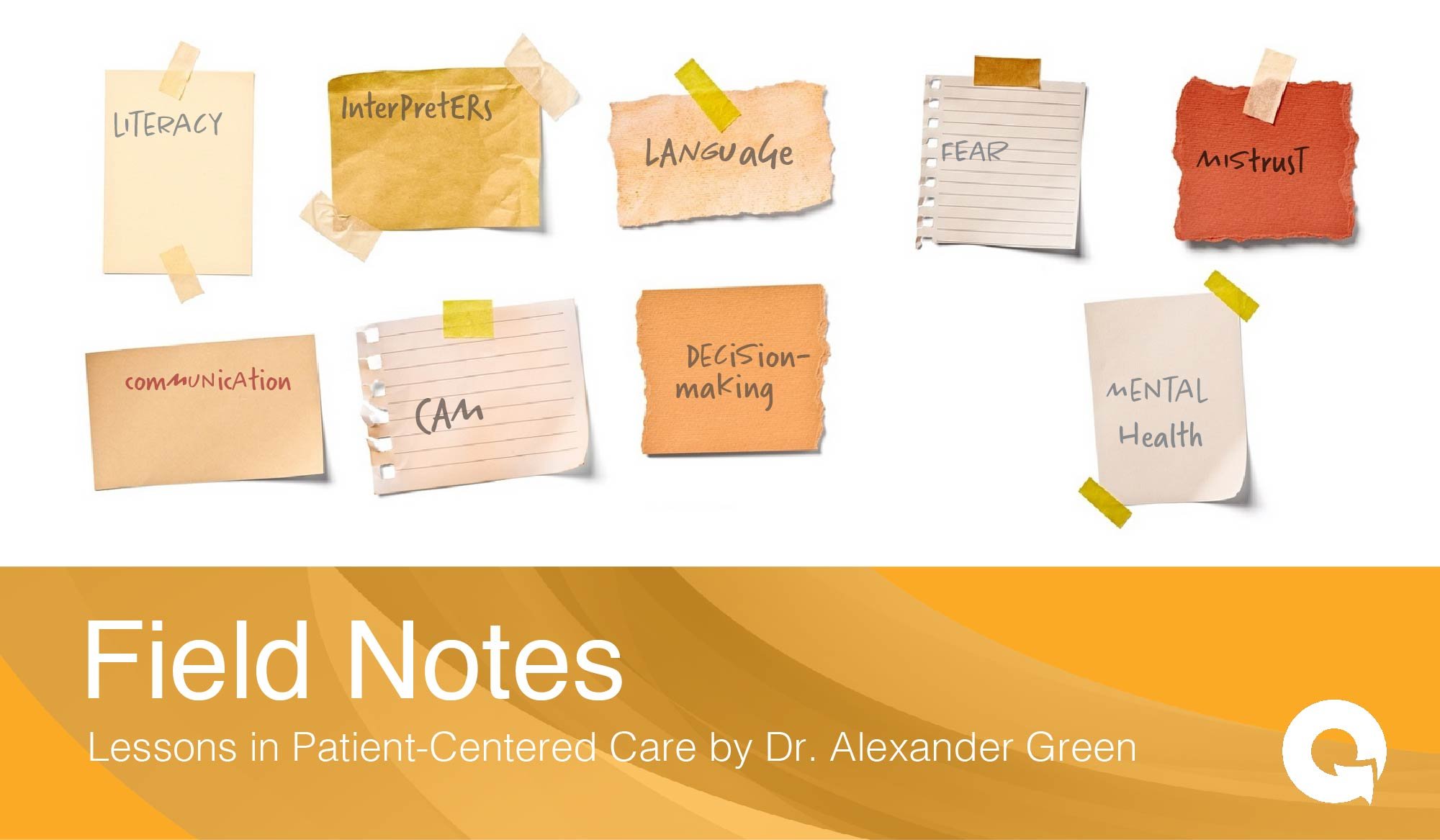 In the 1990s, before I started my second year of medical school at University of California, San Diego (just 30 minutes north of the Mexican border) I made a decision that would change my life. The second-year curriculum allowed for a number of elective courses. We were supposed to select from a catalogue of options—radiology, advanced anatomy, medical ethics, and many others. Most students chose two per semester. I chose one that spanned the entire year: Medical Spanish.

This elective taught me more than a new language. It opened my mind to a completely different perspective of health and healthcare. Essentially, it introduced me to the idea of cultural competency through the lens of Spanish-speaking, Latino patients. And it began a lifelong fascination with how culture and health interact.

Latinos are a heterogeneous people

The terms "Hispanic" and "Latino" refer to a person of Cuban, Mexican, Puerto Rican, South or Central American, or other Spanish culture or origin—regardless of race. The heterogeneity of the Hispanic population makes it both impractical and impossible to generalize about their needs or how to address their challenges.

Awareness of some broad cultural values can inform our approach to patient care. For example:

However, we should never assume that a Hispanic/Latino patient will manifest a certain set of attitudes and values about health and healthcare. People are complex and unpredictable, no matter who they are or where they're from. High-value, patient-centered care requires that we focus on each individual patient’s health beliefs rather than assuming a set of normative values.

Knowing Spanish and being able to have real conversations about what was important to Latinos transported me far beyond my suburban, middle-class American upbringing. I was able to enter their world. It was a world that had many more challenges than I would have imagined, especially with respect to accessing quality healthcare.

Many Hispanic/Latino patients come from countries where access to health care is quite limited, especially for those who can't afford it. This results in lack of preventive care, poor control of chronic conditions, and treatable conditions going undiagnosed or untreated.

In the United States, studies show differences in the quality of care that Hispanic/Latinos receive for a wide range of conditions and healthcare services. For example:

On one trip to a volunteer medical clinic in Baja, California, I met a mother who had traveled with her son for two hours in the back of a pick-up truck—before daybreak—in order to wait in line to receive free care for her son who had a fever. The child just had an ear infection, but this woman had seen other kids who had died with fevers. She wasn’t taking any chances, especially with no medical services within hours of home.

Speaking the same language breaks down the wall that oftentimes separates a clinician and patient, stopping them from truly seeing each other. A medical interpreter can help break that wall when both the clinician and interpreter are skilled. But a common language isn’t enough to become culturally competent. Cultural competency requires humility too.

My friend and colleague, Dr. Melanie Tervalon, wrote about the concept of cultural humility in 1998. She urged us to address the inequities in power between clinician and patient. Most patients are in a position of low power. They are scared about their health, and they don't know what is going on or what to do about it. Patients form Latin America are likely to have an even lower position on the power spectrum, especially given the current political climate in the U.S. The clinician represents knowledge and the power to heal, and we must use that power with compassion.

Strategies for connecting with your Hispanic/Latino patients include:

Get to know your Hispanic/Latino patients as individuals

Hispanic/Latino Heritage Month in the U.S. is September 15–October 15. Hispanic/Latinos make up approximately 17.8% of the population, but that underestimates the many people who are mixed (my own half-Puerto Rican kids are among them). Rather than struggling to build walls, separate families, and negate the important role that Hispanic/Latinos have played in our nation, we should make active efforts to appreciate how much the country has benefited and grown.

You can show your appreciation and respect by getting to know your Latino patients as individuals. Even when you're pressed for time, it is worthwhile to stop and form a human connection with your patients. Here are some questions you can ask to get to know them:

The Hispanic/Latino population is already the largest minority group in the U.S. and, despite the political climate, their numbers are growing. To stay on the leading edge of healthcare, providers and organizations must be ready and able to provide high-quality care to Latino patients. That doesn't mean you have to be fluent in Spanish (so long as professional interpretation is provided). But it does mean that you must be culturally competent, with specific knowledge and understanding of the Hispanic/Latino population. It is an ongoing effort that is well worth your attention—not just for your patients, but for your own growth and development.

Dr. Alexander Green is Co-Founder of Quality Interactions, Associate Professor of Medicine at Harvard Medical School, and Senior Investigator in the Division of General Medicine at Massachusetts General Hospital.

Social Determinants of Health: Taking Action in a Clinical Setting