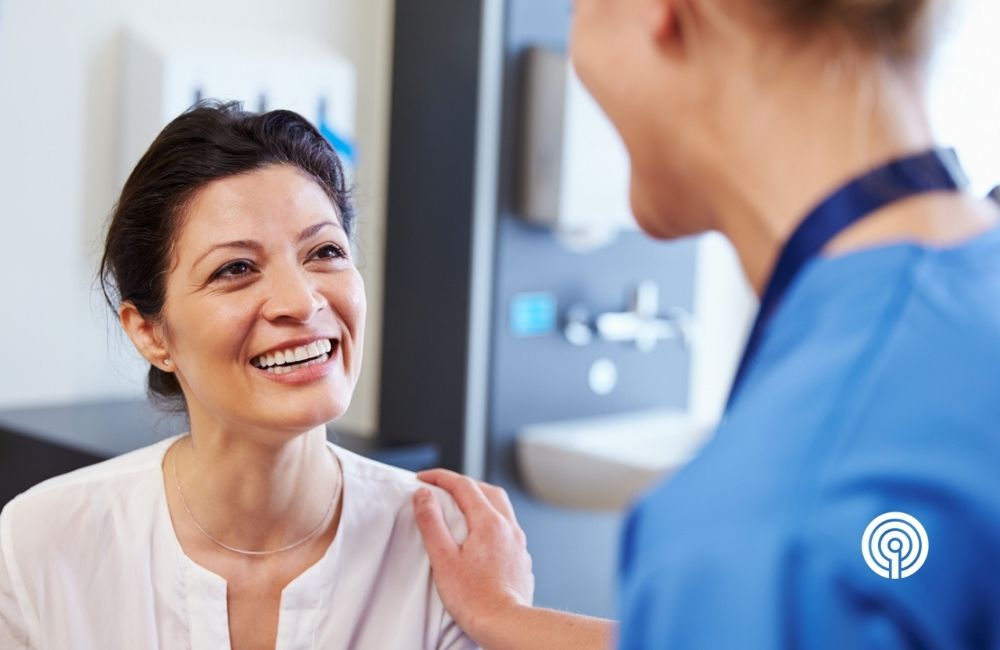 Trust in the healthcare system is at an all-time low—only 34% of Americans have “great confidence” in medical leaders, as compared to 73% in 1966. So if you are a health professional, you're wise to assume patient mistrust, rather than the other way around. Depending on your role and the setting, mistrust can present itself in very different ways. But you can respond effectively to patient mistrust in any scenario using three simple communication techniques.

The case of Mr. Rodriguez

When I was a resident at a busy urban hospital, we occasionally had patients who resisted medically-advised procedures. One day, a man we'll call Mr. Rodriguez came to the hospital complaining of chest pains. He was construction worker in his mid 50s from Santo Domingo, who appeared stoic in his demeanor. The medical team knew it was important for Mr. Rodriguez to have a cardiac catheterization, but he refused. The senior resident on call persisted, telling him point-blank: You have severe blockages in the arteries of your heart and could have a serious heart attack. We need to find out where these blockages are so we can fix them.

This type of direct approach worked with some patients, but it caused others to resist more stubbornly. Mr. Rodriguez stormed out of the hospital. As a first-year resident, it was my job to get him to sign an AMA [against medical advice] form, but I didn’t have the nerve. There were plenty of times like this when patients like Mr. Rodriguez were simply "missing" on morning rounds—out of sight, out of mind.

Why do patients resist medical advice?

Today, as a primary care internist doing mostly outpatient medicine, I see patient mistrust play out differently. It takes the form of missed appointments, skipped tests, and non-adherence to prescribed plans. Some patients go years without seeing a physician, and only show up when their symptoms become unbearable. It can be tempting to blame these patients for not taking better care of themselves and dismissing medical advice. But I've found that on a deeper level, the lapses are not so much in judgement, as in trust.

Why would a patient not trust healthcare professionals?

After all, we’ve chosen this work, in large part, out of a desire to heal people and help them stay well. I've struggled with this contradiction since I was a resident and watched Mr. Rodriguez refuse potentially life-saving treatment. What I've come to realize is that many patients, regardless of background, harbor negative assumptions about healthcare providers. And these assumptions erode their trust in the medical system.

5. "They [health providers] just do what the insurance/pharmaceutical companies tell them."
4. "Doctors are just trying to make money off of patients."
3. "There are much better (healthier, safer, more natural, etc.) ways of treating my condition."
2. "The last time I trusted what a doctor/nurse told me… (Insert bad experience here)"
1. "He’s white.* He doesn’t know me—why should I trust him?" (*Insert any categorical difference here—race, gender, age, etc.)

How to alleviate patient mistrust

To build an effective relationship with your patients, you must find a way to reverse patient mistrust. That's why in all of my patient interactions, I make an effort to mitigate negative assumptions before they take serious root—particularly when there are cultural differences at play. In doing this, I've adopted three simple communication techniques to encourage open dialogue and dispel fears.

Does it make a difference?

Would a more culturally-aware, patient-centered communication style have helped Mr. Rodriguez? Could it have stopped him from refusing a cardiac catheterization? Absolutely. I later developed a relationship with Mr. Rodriguez. He told me he refused treatment that day at the hospital because he was terrified of being poked in the groin, and he thought the resident was condescending to him. All he could think about was getting out of there.