Emilio is a Board member of the United Way of New York City and has served in many State and Federal advisory councils, including the National Cancer Institute, National Heart Lung and Blood Institute, National Center for Health Statistics, Agency for Health Research and Quality, CMS, and advisory groups to the Governors of Massachusetts and New York State. He is currently a member of the NQF Standing Committee on Disparities and Health and Wellbeing Expert Panel.

Dr. Carrillo graduated from Columbia College and received his MD and MPH degrees from Harvard University, and subsequently trained in Internal Medicine at the Cambridge and Massachusetts General Hospitals. For ten years he served in the faculties of Harvard Medical School and Harvard School of Public Health, where he practiced, taught medicine, and administered primary care programs.

Dr. Carrillo’s research and collaborations during his years at Harvard laid the foundation for Patient Based Cross-Cultural Healthcare. He designed and collaborated in the implementation and application of a cross-cultural medicine curriculum that has been adopted by many Medical Centers around the nation and has helped to define the fields of Cultural Competency and Cross-Cultural Communication. Dr. Carrillo recently received the AMA’s 2015 Excellence in Medicine Award – Pride in the Profession for his work in population health and dedication to improving cross-cultural healthcare.  He has published widely, received numerous awards and has been appointed as a Fellow of the New York Academy of Medicine. 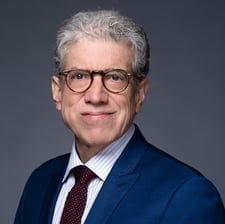