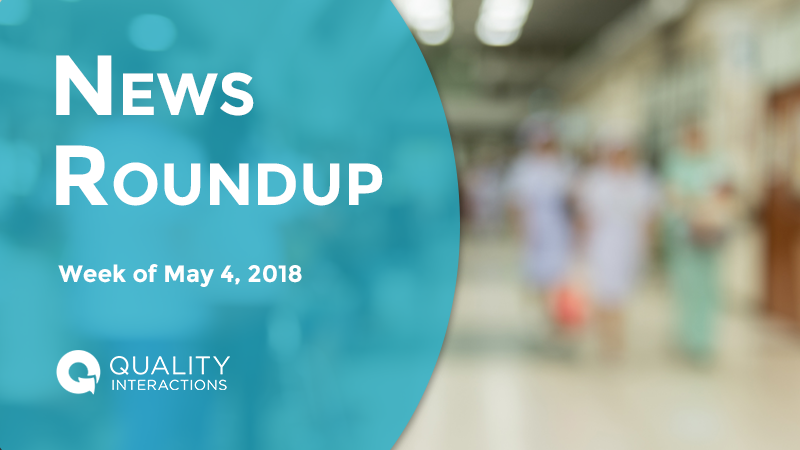 How Empathy Keeps People Out of the Hospital

Growing evidence shows that more empathetic care can keep people healthier and reduce hospital visits. A new piece by NPR's Marketplace profiles Philadelphia's Penn Center for Community Health Workers, which pairs community health workers with patients who frequent hospitals due to chronic illness, poverty, or mental health problems. The community health workers visit patients at their homes and help them navigate their health issues. The Penn Center makes an effort to match its staff with patients who share a similar background, in order to inspire trust. A randomized, controlled study showed the Center reduced hospitalizations by 30%.

One reason for the interest in community health care workers and the emphasis on more empathetic clinical staff stems from the fact that hospitals and physicians, increasingly, have financial incentives to keep patients out of the hospital.

“We’re trying to thread the needle between the reality that we don’t have a lot of time and we can’t spend an hour asking a lot of questions, and getting more information than if we did nothing,” he said. [Emphasis added]

Listen to the story here:

Some Health Care Firms Focus on Empathy to Keep People Healthier, from Marketplace

A first-person account in The New York Times illustrates the all-too-common scenario of a woman who presents with physical and/or mental symptoms, only to have her concerns dismissed by her healthcare provider. According to Dr. Tia Powell, a bioethicist and a professor of clinical epidemiology and population health at Albert Einstein College of Medicine in New York, healthcare providers "may have implicit biases that affect the way women are heard, understood and treated." Gender bias appears to be just as prevalent among female physicians, and many female patients may also harbor biases that cause them to "rationalize warning signs" and delay seeking treatment.

Health disparities are hardly exclusive to women. In the United States, if you’re not wealthy, not white and not heterosexual, you may be receiving less than optimal health care.

But research on disparities between how women and men are treated in medical settings is growing — and it is concerning for any woman seeking care. Research shows that both doctors and nurses prescribe less pain medication to women than men after surgery, even though women report more frequent and severe pain levels. And a University of Pennsylvania study found that women waited 16 minutes longer than men to receive pain medication when they visited an emergency room. Women are also more likely to be told their pain is “psychosomatic,” or influenced by emotional distress. And in a survey of more than 2,400 women with chronic pain, 83 percent said they felt they had experienced gender discrimination from their health care providers.

In 1988, the University of Chicago's renowned hospital on the South Side of Chicago closed its Level 1 trauma center. It was losing millions of dollars a year treating uninsured patients. Fast-forward to 2010, when an 18-year-old man named Damian Turner was shot on the South Side. Because there was no trauma center, he had to be transported nine miles across town to Northwestern University, where he died. His death ignited a movement among young black activists, who demanded that the University of Chicago reopen its trauma center to provide accessible trauma care in their neighborhood. After years of negotiations, the trauma center reopened as of May 1.

"There are a lot of trauma-related deaths because gun violence is such a prevalent issue on the South Side. It was then it is now. It has been for decades," said activist Veronica Morris-Moore. "A lack of a trauma center was a severe indication of the institutional racism that existed on the South Side. And the reason it was worth our time as young people was because we were losing friends."

....The new center's head, Dr. Selwyn Rogers, said he will also work with local groups on social services centered around violence in addition to providing care.

"We bring together the resources of the university, medical center and community partners so that we can be better able to address health disparities and the public health epidemic of intentional violence," Rogers said.

Listen to the story here:

After Push From Activists, Chicago's South Side Gets An Adult Trauma Center, from NPR

A new study published in the Journal of the American College of Cardiology (JACC) shows that black patients admitted to the ICU for heart failure are about 42% less likely than white patients to be cared for primarily by a cardiologist. After accounting for severity and hospital conditions, care by a cardiologist was associated with a 20% higher survival rate.

“I hope that this study motivates patients and healthcare providers to change our healthcare system, to focus on methods that may reduce racial and ethnic healthcare disparities in America,” she said.

The Time Objection: Cross-Cultural Care and the Ever-Shortening Office Visit