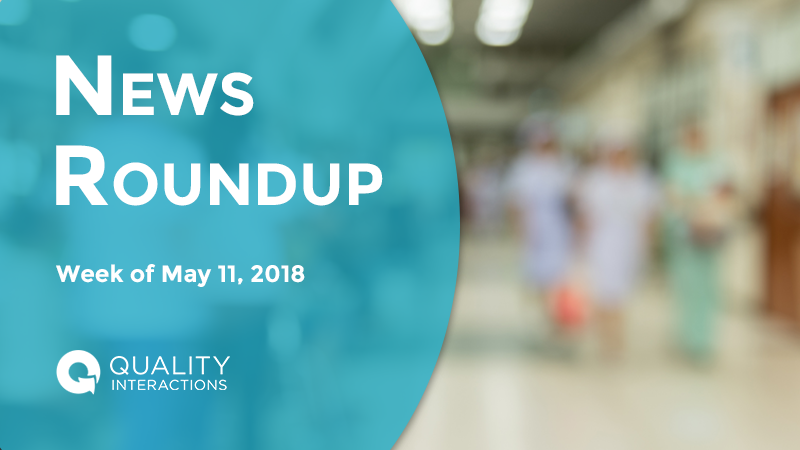 Dr. Raymond Cox, a former OB-GYN who is now the medical and clinical director at the Hilton Head, South Carolina, branch of Volunteers in Medicine, a free clinic network, said that throughout his career, he has witnessed patients treated differently based on race.

“Doctors tend to spend less time and tend to assume that the black or Latino patient isn’t going to understand what we’re talking about, and as a consequence, have a tendency to make decisions for that patient,” said Cox, who is black.

“With implicit bias, it’s tasteless, odorless, to everybody except the victim,” he added. “It is related to institutional racism, and that’s something that’s very difficult to parse out.”

In the past several years, implicit bias training has gained popularity in a variety of industries as a way of confronting prejudices. Police departments have used it in the wake of high-profile shootings of unarmed black men. Facebook has trained all of its employees in it, and at the end of this month, Starbucks is closing some 8,000 stores for an afternoon of employee implicit-bias training.

But it’s a newer idea in medicine, where such training is just beginning to catch on.

How Training Doctors in Implicit Bias Could Save the Lives of Black Mothers, from NBC News

A study from Johns Hopkins Medical School shows that word choice matters when filling out patients' charts. Use of stigmatizing language can perpetuate bias and impact the decisions of future caregivers. In the study, medical students were asked to read patient case histories with either stigmatizing or neutral language. For example, there's a large perceptual difference between the phrases "he's narcotic dependent" and "he requires opioid treatment." The students who read the stigmatizing language were found to be much less aggressive in treating patients' pain.

"There is growing evidence that the language used to communicate in health care reflects and influences clinician attitudes toward their patients," said Anna Goddu, MS, a Johns Hopkins University School of Medicine student who co-authored the study. "Medical records are an important and overlooked pathway by which bias may be propagated from one clinician to another, further entrenching health care disparities."

Discrimination Causes Latinas to Be Less Satisfied with Contraception

A study published in Women's Health Issues found that young Latina women who had experienced discrimination by their healthcare providers were less satisfied with their contraceptive care. This could impact their access to contraception and contribute to increased rates of unintended pregnancy.

Initially, the researchers found experiences of discrimination, medical mistrust and structural barriers to care, such as trouble with childcare or getting time off work to see a doctor, were associated with low satisfaction. But when considering all of these influences together, they found that everyday instances of discrimination were the largest influence on women's satisfaction....

"Ensuring health care providers have culturally-responsive staff and reducing other barriers to access, such as child care, transportation and unemployment, can help women feel more satisfied with their overall care," [said Lisa Oakley, the study's lead author.] "And satisfaction with care helps to ensure that women will continue to seek medical care, including contraceptives."

Harvard Medical School recently showed an advance screening of the new public television documentary, Power to Heal, which chronicles the desegregation of the healthcare system following the Civil Rights Act of 1964.

Alvin Poussaint, professor of psychiatry and faculty associate dean for student affairs at [Harvard Medical School] HMS, whose work in the civil rights movement was featured in the film, noted that segregated medicine laid the foundations for disparities in the country long ago and that bias is built into many aspects of the system.

He recalled a moment years ago when he visited what was then a recently desegregated hospital. He noticed that all the black people were sitting on what used to be the black side of the waiting room. He asked some of the patients why they didn't spread out and sit on both sides, mixing in with the white patients.

"‘You see the guard over there, who's white?’” he recalled patients saying. “‘Do you think his attitude has changed since you took down those signs? Do you think the doctor has changed his mind?’"

"They thought that if they sat on the wrong side of the waiting room, the doctors and nurses would let them die," Poussaint said.

Health Care for All, from Harvard Medical School

Watch the trailer for Power to Heal:

Find a viewing of Power to Heal