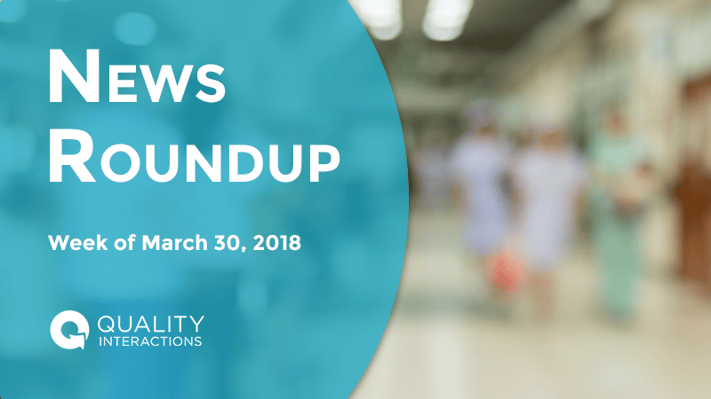 Field experiments demonstrate that real-world discrimination continues, and is widespread. White applicants get about 50 percent more call-backs than black applicants with the same resumes; college professors are 26 percent more likely to respond to a student’s email when it is signed by Brad rather than Lamar; and physicians recommend less pain medication for black patients than white patients with the same injury.

How to Think About Implicit Bias, from Scientific American

Deaths from infectious diseases have declined in the past 30 years, but the gap in outcomes between rural and urban areas has widened in that period. A new study published in JAMA shows an overall 18% decrease in infectious disease mortality in the US. But rural counties haven't seen the same improvements as urban ones, largely due to the decline in access to healthcare services in rural areas. In a vicious cycle, people with low access to healthcare often engage in unhealthy behaviors, and then put off seeking treatment until their condition becomes even more serious. This is how so many rural communities have been hard hit by the opioid crisis. In order to see real change in rural health outcomes, providers must address the socioeconomic factors driving the disparities.

Improving healthcare access and quality alone is not enough to address the underlying issues that created such disparities, according to [Dr. Jeffery Duchin, public health officer for Seattle and King County in Washington]. He said providers need to look at how they can address non-medical, societal factors such as poverty, crime, lack of stable housing, and food insecurity in order to affect long-term change.

"In order to decrease health disparities across any geographic area, be it a county or our country, we really need to address the upstream drivers of poor health in addition to providing good access to quality medical care to everyone," Duchin said.

Law makers around the country are proposing legislation to establish review boards to investigate maternal deaths and near-deaths, and to recommend changes to improve maternal health outcomes. Many say the  ProPublica/NPR “Lost Mothers” series brought the issue to their attention—especially stories that show black mothers are at the greatest risk of maternal death and complications.

Between 700 and 900 women die each year in the U.S. from causes related to pregnancy or childbirth, and the rate has risen even as it has declined in other wealthy countries. The rate of life-threatening complications has also soared since the 1990s, endangering more than 50,000 U.S. women a year. A new report by the CDC Foundation — a nonprofit created by Congress to support the Centers for Disease Control and Prevention — suggests that more than 60 percent of pregnancy- and childbirth-related deaths in the U.S. are preventable.

The “Lost Mothers” project highlighted a number of reasons the U.S. has fallen behind other countries, including a greater focus on the health of the baby than of the mother, treatment guidelines that vary from one doctor or hospital to the next, and government failures to collect accurate data and to study maternal deaths and near-deaths to understand how they might be prevented.

Maternal mortality review committees can play a key role in this process, public health experts say, by identifying pregnancy-related deaths that might otherwise be overlooked, analyzing the factors contributing to those deaths, and translating the lessons into policy changes.

Here’s One Issue Blue and Red States Agree On: Preventing Deaths of Expectant and New Mothers, from the Philly Voice

Watch and share the documentary series on health equity from NAM

The US Department of Health and Human Services Office of Minority Health (OMH) has designated April as this year's National Minority Health Month. The theme for 2018 is "Partnering for Health Equity." Organizations are encouraged to share Partnerships in Action stories, and to take part in social media events. Watch the welcome video from Dr. Matthew Lin for more details.