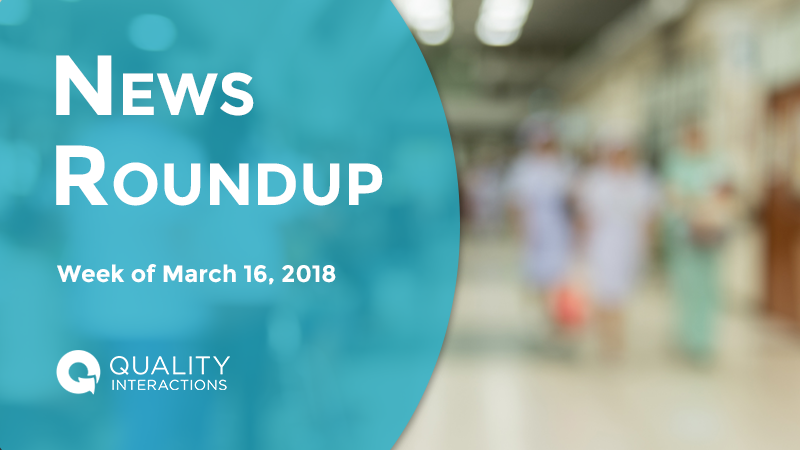 Want to Get People to See a Doctor? Target Their Beliefs

The Tsimane people are an isolated tribe in Bolivia with a life-expectancy of only 50 years. Researchers from the Integrated Anthropological Sciences Unit at UC Santa Barbara published a paper analyzing why the Tsimane often refuse medical care, even when it's free and offered by people they trust. Their findings provide insights into why so many people around the world, regardless of background and education, resist going to the doctor even when they know they should.

[According to study lead, Michael Gurvin,] "If they think they're in charge of what happens to them, that what they put into their body or what they do effects what happens, they're more likely to go to the doctor. With that feeling of control, they're likely to believe that medical treatment will help heal them, or that they might be able to prevent getting sick in the first place....

The same kind of thinking in the U.S. keeps people from medical care, [Dr. Lisa Cooper, professor of medicine at Johns Hopkins University School of Medicine] says. "I liken it to what I see in disadvantaged communities where things are chaotic and people believe their circumstances are controlled by chance," she says. "You go in for care, and the doctor tells you to eat better and exercise." But you can't afford to join a fitness center, and you live miles from any store that sells fresh fruits and vegetables. "People living in chaotic environments might think that they don't have control over what's happening today, so why worry about what might happen in the future," she says.

Like the Tsimane, poor people in the U.S. might decide to skip medical care, she says. And from their point of view, it's a rational decision.

How To Get People To See A Doctor When They Don't Want To, from NPR

Black Americans Get Alzheimer's at Twice the Rate of White Americans

Vernon Williams is an 84-year old black man with Alzheimer's disease. According to the Alzheimer's Association, because he is black, Vernon has always had double the chance of developing the disease compared to his white peers. Nobody knows why.

Dr. Jacobo Mintzer, a researcher and doctor at Roper St. Francis, said more representative research is needed to answer those questions. But that research is difficult to accomplish, he said, when participation among African-Americans in clinical trials of all kinds remains low....

And research into why [Alzheimer's] affects African-Americans more often is nearly lacking altogether....

The Food and Drug Administration recorded more than 31,000 participants in drug trials in 2016. Just 7 percent of those who took part were African-American, even though they make up 13 percent of the country’s population.

Some experts think universities and hospitals aren't doing enough to recruit black Americans to participate in clinical trials. But trust remains a critical issue among a population with a history of being mistreated in the name of medical research. According to Dr. Mintzer, reluctance to participate in clinical trials is justified. “I don’t think that we, as a research community, have developed a deep enough relationship of trust with the African-American community,” he said.

Black Americans Are Twice as Likely to Get Alzheimer's. Vernon Williams Was One of the Unlucky Ones, by The Post and Courier

In a remarkable initiative to bring healthcare to a community, researchers led by Dr. Ronald Victor, of Cedars-Sinai Medical Center, engaged 52 black-owned barbershops to participate in a blood-pressure control program for black men. Uncontrolled hypertension is a serious problem for non-Hispanic black men, who are under-represented in traditional clinical trials and tend to have less physician interaction than other groups. This study, published in NEJM, placed specialized pharmacists in participating barbershops, where they screened regular patrons for hypertension and prescribed drug therapy. They also trained barbers to encourage follow-up and lifestyle modification. The goal was to reduce participants' blood pressure to 130/80 mm Hg or less, and that was achieved in 63.6% of intervention versus 11.7% of control groups.

"Churches, beauty salons and nail salons may be alternative community-based venues where this intervention can be replicated. The key characteristic of a successful venue for this kind of intervention is that it is a trusted place for the community of interest," he suggested.

A Win for Hypertension Intervention in Black Barbershops, from MedPage Today

Illuminating the Crisis in Women's Health

The New York Times reviewed three new books that call attention to gender bias in medical treatment. Together, the books paint an disturbing picture of how difficult it is for women to access quality healthcare in the US. One reason for this disparity is the "crisis of authority" stemming from a cultural distrust of women.

....this cultural distrust of women—ancient and ingrained—is shown to govern quality of care at every stage of treatment. Women with abdominal pain wait in emergency rooms for 65 minutes compared with 49 minutes for men, and young women are seven times more likely to be sent home from a hospital while in the middle of a heart attack. Doctors rarely communicate (or understand) how drugs from aspirin to antidepressants affect women and men differently. Autoimmune disorders have been understudied because, as Hirsch points out, three-fourths of the patients are women and it is considered a woman’s ailment, never mind that 37 million people are afflicted, as estimated by the American Autoimmune Related Diseases Association. (In comparison, 15 million Americans have cancer.)

Three Views of the Crisis in Women’s Health, from The New York Times