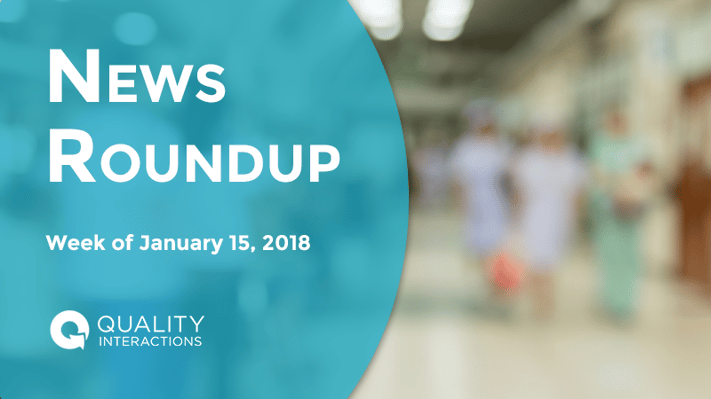 Serena Williams's birth experience has added to the growing chorus of concern and outrage over black maternal mortality rates. In a cover story for Vogue, the tennis star describes her life-threatening post-birth complications. When she started to feel short of breath after her delivery, her concerns (based on a history of pulmonary embolisms) were initially dismissed by her caregivers.

Thankfully, Williams pulled through, and by all accounts is now healthy and happy, along with her little girl. But what’s so striking about her story is the fact that she had to ask — repeatedly — to have her voice heard when she was experiencing a medical emergency after birth. What if she hadn’t done that, or if her pleading wasn’t taken seriously after all?

....Black women are three to four times more likely to die after childbirth than white women. And many experts believe this has to do in part with racial bias on the part of healthcare personnel who simply do not take black women’s complaints as seriously as women of other races.

For more on black maternal mortality rates, see our past reporting.

Arline Geronimus, a public health a public health researcher and professor at the University of Michigan's Population Studies Center, coined the term "weathering" to describe the physical consequences of discrimination on people's health. She contributed to a recent episode of NPR's Code Switch podcast, entitled "This Racism is Killing Me Inside."

CS: Can we get into the science of weathering a little bit?

AG: There have been folk notions and laypeople have thought that health differences between populations — such as black versus white in the U.S. — were somehow related to differences in our DNA, that we were, in a sense, molecularly programmed to have this disease or that disease. But instead, social and environmental factors, can through what's called DNA methylation, which occurs — I don't know how technical you want to get — but that occurs when a group of molecules attach methyl groups to specific areas of a gene's promoter region, and either prevent the reading of certain genes and sort of forms the gene's product, and you have genetic expression of that gene. That's a pretty powerful idea, and it sort of refutes the kind of more DNA-centric one, that you are destined by the literal DNA you have to have certain diseases or not.

But what I've seen over the years of my research and lifetime is that the stressors that impact people of color are chronic and repeated through their whole life course, and in fact may even be at their height in the young adult-through-middle-adult ages rather than in early life. And that increases a general health vulnerability — which is what weathering is.

Making The Case That Discrimination Is Bad For Your Health, from NPR

Diabetes is Harder to Control in Low-Income Areas

Low-income communities have long been associated with a higher risk of developing type 2 diabetes than more affluent communities. But new research finds that, once contracted, it is also harder to control diabetes in poorer neighborhoods.

“People with type 2 diabetes do not live in their doctors’ offices, and most of the work they do to control their disease, such as eating a healthy diet, exercising, and taking their medications, happens in the communities in which they live,” said lead study author Annemarie Hirsch of the Geisinger Health System in Danville, Pennsylvania.

“If communities do not offer healthy food options or safe places to exercise, it is going to be harder to manage type 2 diabetes,” Hirsch said by email. “Living in neighborhoods with high unemployment and high poverty can also cause stress, and chronic stress has been associated with poorer (blood sugar) control in people with type 2 diabetes.”

How Neighborhoods Shape Life with Diabetes, from Reuters

Biologist Mathilde Krim was a leader in HIV research who fought to dispel the stigma associated with the disease. Her leadership eased panic in the early days of the HIV epidemic, and helped to enact laws banning the discrimination of HIV patients.

Amid the panic, confusion and discrimination of the HIV epidemic's earliest days, Krim stood out — using science and straight talk, in the 1980s and beyond, to dispel fear, stigma, and misinformation among politicians and the public.

"She has likely literally saved hundreds of thousands if not millions of lives because of what she did during the initial days and years of the epidemic," says Corey Johnson, speaker of the New York City Council. "Every single one of us living with HIV today who are on medicines, where now we can live and thrive — it's because of people like Dr. Mathilde Krim."