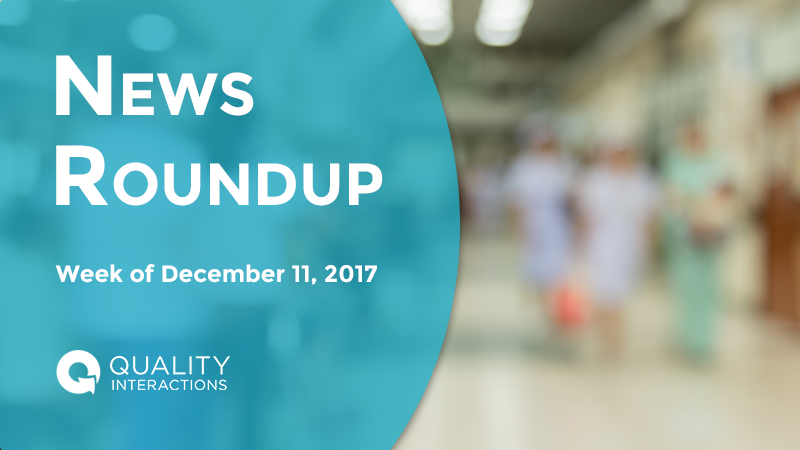 Boston is a renowned center for medicine and boasts several of the country's best and most trusted hospitals. But the city's black residents are less likely than white residents to receive treatment at the elite hospitals in the area. The Boston Globe's Spotlight Team investigated the disparity and found that part of it is due to geography: People tend to seek healthcare close to where they live. However, geography alone does not explain the disparities. While some factors are straightforward - such as the reality that lower-cost health plans often do not cover care at the city's academic medical centers - others are far more complex, based on perceptions of mistrust and bias, that are intertwined with Boston's complicated racial history.

“People in our own backyard should be able to utilize this resource,” said Dr. Christopher Lathan, one of the few black oncologists at Dana-Farber.

Lathan, one of eight black doctors out of 359 employed by Dana-Farber, spends two days a month working at Whittier Street Health Center in Roxbury as part of the hospital’s outreach to underserved neighborhoods. There, he has learned a lot about why more black patients don’t seek out care at major cancer centers such as Mass. General and Dana-Farber.

The health care system’s labyrinth of rules and unyielding bureaucracy create high bars for even the most sophisticated and well-educated patients. The challenge of seeking care at Mass. General or Dana-Farber can seem overwhelming.

Depending on insurance, you may be able to call these hospitals and make an appointment, or you may need a referral from a primary care doctor. And if your doctor works at a community health center with a close relationship with Boston Medical Center, you will likely be sent there.

For many blacks, there is “a perception of a hurdle,” Lathan said. ‘“I don’t think I can go there. Am I going to be allowed to go there?’ When patients get a diagnosis of cancer and they are in the western suburbs, they say, ‘You know what I am going to do? I am going to go into town and get a second opinion.’

Color Line Persists, in Sickness as in Health, from The Boston Globe

The opioid epidemic is making national news, and drawing attention to the connection between people's physical health and their economic opportunities. An organization called the Economic Innovation Group (EIG) combined their socioeconomic data with health data from the CDC. They discovered that low-income communities have drug death rates that are nearly 37% higher than affluent communities, and opioid prescription are nearly 56% higher.

A number of other negative health outcomes, from obesity and diabetes to mortality and substance abuse, all become both more prevalent and more threatening as economic conditions in a community deteriorate. Mortality rates are more than 25 percent higher in distressed counties than in prosperous ones, and mortality rates specifically from mental and substance abuse disorders are 64 percent higher. In some particularly desolate corners of the country, mortality rates from these “diseases of despair”—including suicide, alcohol abuse, and drug overdose—reach more than four times the national rate. The remotest corners of Appalachia and the most isolated Native American reservations of the West are worst affected. Such place-based disparities in mental and physical health are yet another demonstration of the widening gulf between America’s thriving communities and those being left behind as the economy evolves in the 21st century.

Economic Inequality and Health Inequality Are Inextricably Linked, from CityLab

Native Americans Feel Discriminated Against in the Healthcare System

The U.S. government pledged to take care of Native Americans' health as part of the treaty negotiations for tribal land. Unfortunately, Congress routinely fails to budget enough money for the Indian Health Service (IHS), and many Native Americans struggle to afford and access healthcare. And, according to a poll by NPR, the Robert Wood Johnson Foundation and Harvard T.H. Chan School of Public Health, about a quarter of Native Americans report feeling discriminated against while seeking healthcare.

Once, when she was on a health policy fellowship with a U.S. Senate committee, [a member of the Hidatsa tribe, Margaret Moss]'s son had a broken arm improperly set at a non-IHS health facility in Washington, D.C.

She asked the physician about options to correct it, but he told her it was fine, she said. "Even when I, as an educated person using the right words, was saying what needed to happen, [he] didn't want to do anything for us, even though we had a [health insurance] card."

Moss then reluctantly pulled out a business card with the Senate logo, she recalled, and was instantly transformed in the doctor's eyes from "this American Indian woman with my obviously minority son" to someone he could not afford to dismiss.

"It wasn't until the person ... felt they could get in trouble for this ... then the person did something," said Moss. "I felt like it was racism. Not everybody has a card they can just whip out."

The Visiting Nurse Service of New York (VNSNY) is actively using culturally tailored approaches to close gaps in health outcomes, disease prevalence and medical support across different populations. This first-hand account, written for The Huffington Post by Susan Northover, Senior VP Patient Care Services for VNSNY, describes some of the approaches that have been showing positive traction.

The reasons for these disparities are complex, and can include cultural, social and economic barriers that prevent various groups from accessing needed medical care and social support. As the healthcare field gets better at understanding these barriers to care, we’re also learning that the best solutions often involve working directly with the communities themselves to address specific health inequities.

It also means having caregivers who speak the same language as non-English speaking clients and patients, and going to where our populations reside—reaching out to isolated seniors struggling with depression or anxiety where they live, and bringing trained nurses into the homes of young, first-time mothers to teach parenting and life skills, as VNSNY does with our Nurse-Family Partnership program. And it involves collaborating with other local organizations and governments to actively engage community members and gain their buy-in. VNSNY’s Chinatown NNORC partners with a number of local business associations and gets funding support from New York State, New York City and local philanthropy, while our Children’s Mobile Crisis Team is funded by the city and works closely with local public schools.