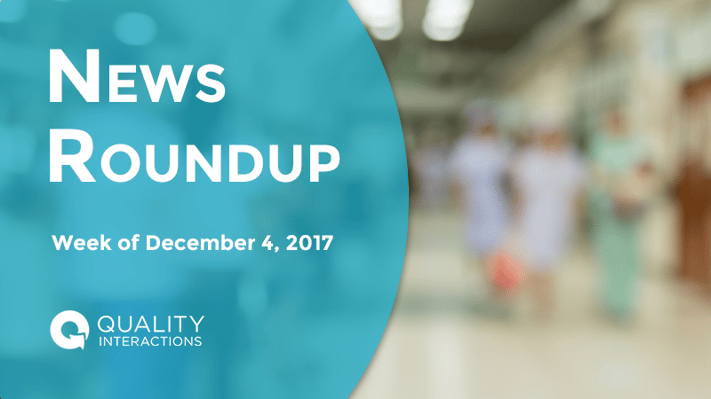 Black Women Are Dying In Childbirth Due to Unconscious Bias

Black women are far more likely than white women to die of childbirth-related complications—and the gap is widening. In fact, the disproportionate number of black maternal deaths in the U.S. is one of the reasons our overall maternal mortality rate is so high compared to countries with similar economies.

Reported by ProPublica and NPR, the story of Shalon Irving, an epidemiologist and expert in health disparities who collapsed and died three weeks after giving birth, shows that education and affluence aren't enough to protect black mothers. According to Raegan McDonald-Mosley, the chief medical officer for Planned Parenthood Federation of America, and a friend of Shalon's: “It tells you that you can’t educate your way out of this problem. You can’t health-care-access your way out of this problem. There’s something inherently wrong with the system that’s not valuing the lives of black women equally to white women.”

These systemic problems begin with social injustices, and proceed to healthcare inequities that lead to chronic medical conditions.

Those problems are amplified by unconscious biases that are embedded throughout the medical system, affecting quality of care in stark and subtle ways. In the more than 200 stories of African-American mothers that ProPublica and NPR have collected over the past year, the feeling of being devalued and disrespected by medical providers was a constant theme....Over and over, black women told of medical providers who equated being African American with being poor, uneducated, noncompliant and unworthy.

Medical schools, hospitals, and other healthcare insitutions must train doctors and staff to identify and overcome unconscious bias. This is how we can save more black mothers like Shalon Irving.

Nothing Protects Black Women from Dying in Pregnancy and Childbirth, from ProPublica and NPR

One of the problems that leads to healthcare disparities is a lack of diversity in the medical field. The profession needs more people of color and women in clinical roles. But a new study published in JAMA Internal Medicine shows that female medical students and residents are more likely than men to have symptoms of depression. These depressive tendencies ultimately lead to career attrition.

As reported in the New York Times, female doctors are more likely to commit suicide than male doctors, they earn substantially less than male physicians, and they are less likely than men to advance in their careers. Much of this disparity can be traced to work-life balance, where women still take on the majority of childcare and household duties. But it's also the result of gender biases and institutional discrimination.

We can all also examine our own biases. Those of us evaluating medical students and residents, for example, could make it a point to ask ourselves whether a trainee’s gender — or race or ethnicity or accent — might have affected our assessment.

And more women in leadership and mentorship roles may help with the larger cultural shift that seems necessary. It’s possible that gaps in gender pay, promotion and mental health will narrow as medicine shifts from a boys club to one with more women. It’s also possible they will not. Disparities don’t close on their own. They close because we close them.

Being a Doctor Is Hard. It’s Harder for Women, from the New York Times

Three studies published in the journal, Cancer, show that black patients have consistently lower cancer survival rates than white patients in the U.S. The results were similar for colon, breast and ovarian cancers, and showed a significant disparity in survival after five years. Early detection and access to high-quality care for black patients are key to reversing this gap.

“While colon and rectal cancer survival has improved over time, black men and women continue to have lower survival than white men and women, and survival varied by state....This suggests that access to and/or use of screening and treatment services varies by race and location. We need continued efforts to ensure that screening and high-quality treatment services are available and utilized universally.”

A new study suggests that people who live in lower-income communities and don't have a college education may have poorer outcomes after knee replacement surgery. A lack of college education was associated with lower health literacy, resulting in less adherence to post-surgical treatment plans, including physical therapy. Many patients were hesitant to tell their practitioners that post-operative instructions weren't clear. Instead, practitioners must build skills to improve adherence in populations with lower health literacy.

...the results suggest that clinicians need to consider patients’ education levels when communicating with them about follow-up care.